The evolution of Golang came into the picture as the main issue in software development at the time was complexity. Traditionally, C++ or Java was used for development, but there were drawbacks such as memory use, speed, efficiency, debugging, etc.

Applications should be able to effectively defend themselves from hazards brought on by malicious attacks. To prevent resource blockage and increase application performance, dead objects shouldn’t exist.

By examining the issues with software development, it was determined that a language needed to allow some kind of concurrency and parallelism, garbage collection, and should automate memory management with the emergence of networked and multicore computers.

All of it culminated in a discussion thread, a number of suggestions, a workable plan, and eventually a fantastic development. Golang makes it feasible to efficiently compile, run, and program using only one language.

Go Language, also known as Golang was created by Robert Griesemer, Rob Pike, and Ken Thompson, who is supported by Google, and have outlined the language’s objectives. On November 10, 2009, it was eventually made public.

It is a language that is open-source. The developers of the Golang and the community have created a variety of tools that are natively supported by the language core and, in many instances, don’t need any external libraries.

Golang can construct very complicated API services since it comes with native support for HTTP, JSON, and HTML templates. Golang is now being used by millions of programmers, and that number will only increase.

This all lead to the evolution of Golang, which in turn helped the software community. 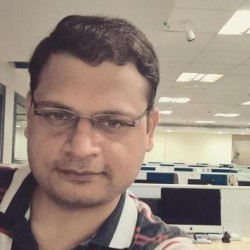 Gaurav Karwayun is the founder and editor in chief of ThinkingBell. He has over 10+ Years of Experience in the software industry. He has experience working in both service and product-based companies. He has vast experience in all popular programming languages, Web Development, DevOps, Cloud Computing, etc. Follow him on Twitter.